Manzano: “Mario Suárez is the cornerstone of the team and our game revolves around him” 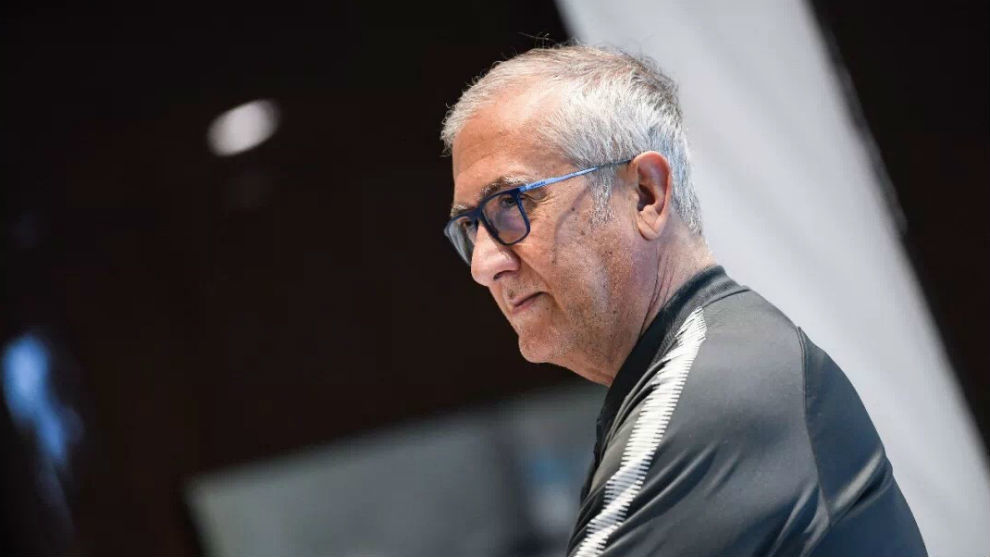 This Sunday, Gregorio Manzano´s Guizhou Henfeng will make its league debut against Jiangsu Suning. Manzano reviews his life in China and his team´s aspirations.

You are about to start your fifth consecutive season in the Chinese Super League. Only Ma Lin is keeping up with you. Do you see yourself as a veteran in the competition at this stage?

Well, if we look at the number of matches and seasons it would indicate so. I hope to be able to enjoy this season as much as I did in past years and to continue adding to the honour of being the second coach with most matches in recent times.

When you first arrived in China, at Beijing Guoan in 2014, the possibility of clubs in Spain’s La Liga signing players from the Chinese Super League was unthinkable. This season we already have four cases. Does this reflect the competition’s development since your arrival?

Indeed. It was quite unthinkable, but there was a first attempt to sign Chinese players, precisely the season after I arrived. Two Chinese players left Beijing Guoan for the Bundesliga and La Liga, although they didn’t manage to become established. But over time, we have witnessed the opposite situation, a transfer or foreign players to La Liga, which indicates two things: first, that there is a significant level of interest in Chinese football, and second, that the Chinese Super League has increased its level of competitiveness, in order for those players to be able to take the leap to European football.

Last season, you took charge of Guizhou Hengfeng when the team was in the relegation spots and led it to the middle of the table, securing your goal of remaining in the top flight for another season with a considerable margin. In spite of last year’s achievements, is the goal for this season still to ensure permanence or could the team aspire to something more?

No, the objective for this season is still to avoid relegation in order to consolidate the work we started last season. The club is still on a lower rung compared to the top teams in the Super League and we cannot set ourselves higher goals, like qualifying for the AFC Champions League, for example. Nevertheless, we will try to improve on the position we reached last year. But we will keep our feet firmly on the ground and be humble in our aspirations.

If we look at the figures since your arrival, Guizhou Hengfeng was the sixth best team in the tournament. Is it necessary to bring the fans down to Earth, in case they are expecting to have a similar season with Manzano in charge of the team from the outset?

I don’t think we have to cool down their hopes and the support that they gave the team last season. It’s true that those were the results, a sixth relative position and an eighth real position, ahead of important teams, such as Beijing Guoan, Shanghai Shenhua and Jiangsu Suning. It was quite unthinkable but true. So this year we have to maintain the same enthusiasm if we want to achieve the same results.

Due to the Chinese Super League’s new rules, you will have to perform some engineering feats in order to comply with the regulations, e.g. having the same number of under 23 players as foreigners. Will the starting line-ups become a complex puzzle?

I think they may. This new rule means, firstly, that we will have to select the players for each match very carefully and secondly, that we must keep track and consider any substitutions during the match in a very rational and balanced way. This is the first time I have encountered a rule like this as a coach, so I hope I will be able to deal with it correctly.

Forcing Super League coaches to keep so many details in mind in order to comply with the rules could foreseeably lead to a club making a mistake at some point, don’t you think?

We will have to wait and see how the tournament develops, but it is true that we could have some surprises. It is also true that this rule gives a certain advantage to those teams with the best under 23 players.

Last season he was one of the pleasant surprises in Yanbian Funde and now you have unexpectedly signed him for Guizhou Hengfeng: what are your hopes for Bubacarr Trawally?

I asked the club’s managers to make every possible effort to sign Bubacarr Trawally. I consider him a very interesting player for several reasons: he is young, very skilful and fast, he is a good dribbler and, most importantly, he can score goals. He was one of the top goalscorers last season, in spite of playing in a relegated club. Therefore, I hope he will adapt to the team very quickly and bring us plenty of joy.

Mario Suárez arrived together with Rubén Castro during last year’s winter transfer window, and will remain in the team this season. He is a player that you know very well. Could we say that he is your extension on the pitch?

That is true. He knows perfectly how I think. He understands the guidelines that I give the team and tries to apply them on the pitch, at the individual and collective level. He is the cornerstone of the team and our game revolves around him. I hope that this season he will become the best midfielder in the competition.

Tell us about the coming season. Despite suffering some ups and downs throughout the tournament, Guangzhou Evergrande renewed their title. They are still the main favourites but do you think they are starting to show more signs of vulnerability than in previous years?

Guangzhou Evergrande is a powerful team and they have shown that year after year. This season, like all the previous ones, they have maximum aspirations in every competition. Every year they are challenged by some team that rises to fight for the title, but in the end they always prevail. That is why they have won the last seven editions.

The most active club in the transfer market has been one of your former clubs: Beijing Guoan. Have you been surprised by the ambition they have shown by signing Bakambu and Viera?

It’s true that they have probably made the best signings and have strengthened their team very well. But that does not surprise me because, since the arrival of the new investors, the club aims to fight for the title with Guangzhou Evergrande, as we did in my first year coaching in China. But the team hasn’t managed to compete at the top level since then. Last season they ended in ninth position, quite far even from qualification for the AFC Champions League.

It is also true that this will be the first time I face a fellow Spaniard in the opposite side. This makes me very happy because, as I have said before, I was hoping for a greater presence of Spanish coaches in the Super League. Of course, there is very little advice I can offer to a professional who has already spent a season in the First League and is perfectly familiar with the country’s ideas and customs. I can only wish him good luck and hope that he can achieve his club’s objectives.