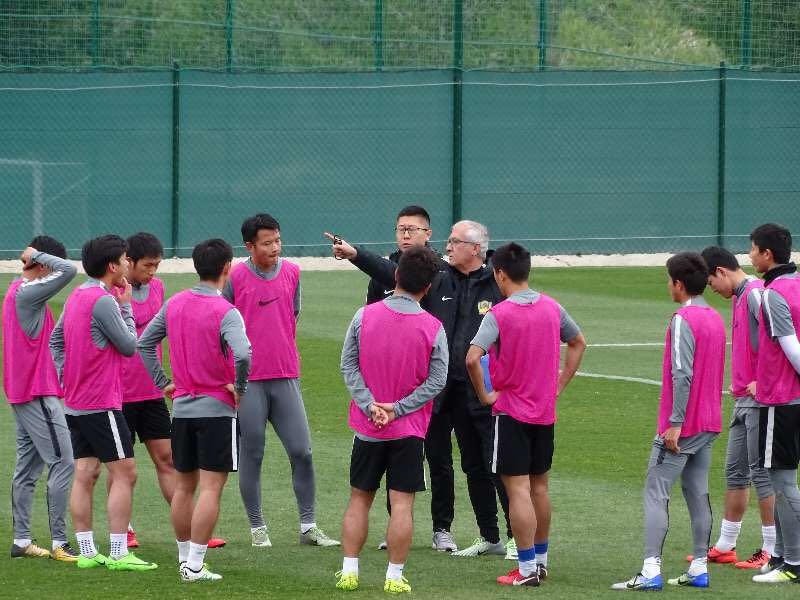 The start of a new football season is always full of unknowns because we can never predict what will transpire as the tournament unfolds. That is the beauty of football, a universal sport that year after year continues to surprise us in every corner of the world. However, the clubs with the largest budgets to sign the best players are usually the favourites in each competition. That also holds true here in China. So much so, that the last seven leagues have been won by the same team, Guangzhou Evergrande, precisely for that reason. But, we cannot know what will happen this year. Some clubs have strengthened their teams and are sure to challenge that supremacy. Beijing Guoan will want to be the Super League’s surprise team, as it was during my first season in China, back in 2014. Their new signings, Bakambu and Jonathan Viera, prove this intention. Hebei, with their brand new player Mascherano, Shanghai SIPG, Jiangsu and perhaps Shandong are other contenders. Once again, this year promises to offer a difficult and tough championship.
I am now starting my second season in charge of Guizhou Hengfeng and we want to repeat the success of the past year. This time, we have taken charge of the team from the very beginning and have been able to organise an excellent preseason, first in Spain and then in Shanghai. Last year, we joined the club after 9 matches. This number of games, together with the preparations we have been working on, give us faith that we will be able to achieve more and better results, always speaking humbly and bearing in mind that our main objective as a modest club is to consolidate our position amongst the elite of Chinese football. To this end, we have put together a group of competitive and seasoned players, including Zhao HJ, full back signed from Beijing Guoan, Zhang SP, goalkeeper signed from Jiangsu, Zhen KM, defensive midfielder signed from Shanghai Shenhua, along with three under 23 players to complete the group of Chinese players in the team.

The most notable absence at the outset of this new season is that of Spanish striker Rubén Castro who returned to his former team Real Betis Balompié. In his place we have signed a player from Gambia, Steve Trawally, who has been at Yanbian for the past two seasons. In addition to his youth – he is just 23 years old – Steve has excellent skills and speed, is a good dribbler and, above all, is a proven goalscorer, with 26 marks in two years. We hope that he will do great things and score plenty of goals this year.
We will kick off the season this Sunday against one of the favourites, Capello’s Jiangsu, and will try our best to start adding our first points to equal or even surpass the eighth place we reached last year.

The great Chinese philosopher, Lao Tzu, said: “Every complicated task starts with a simple step and every great deed starts with a small achievement.” We wish to be a big team, but are aware that we start with a small budget and limited means. Like the wise man said, we hope to achieve something great this season.

PrevAnteriorManzano: “Mario Suárez is the cornerstone of the team and our game revolves around him”