The dreams of the beginning are the successes of the end 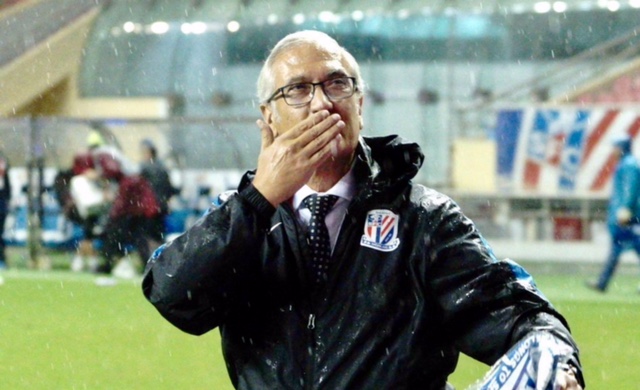 Life is full of dreams. Sometimes they come true and others they don’t, and most of the time it is up to us to turn them into reality. The same is true in football; it is a collective sport where each team has 25 players with different ideas, languages, cultures and life philosophies, but all of whom share the same objective: to win every match.

When I took charge of Shanghai Shenhua FC, at the beginning of the season I asked the players to write down the individual and team goals that we would fight for this year. Some of these challenges were difficult to tackle, but, game by game, we have shown that no goal is impossible to achieve, just like no dream is impossible to reach. It is very striking to look back on what they wrote at the time, and see what they have managed to achieve through their hard work and their effort. Here are some of the most notable:

Except for the Cup, in which we were knocked out in the semi-finals, we have reached all the other objectives.

The goal of qualifying for the Champions League was especially ambitious, considering that the team hadn’t managed to make it for the past six years, and yet we managed to secure it with three matches to spare. This achievement says a lot about the effort that all my players have put in, especially because after 17 games we lost our striker and top scorer in the competition at the time, Demba Ba (9).

In fact, our qualification for the ACL is even more impressive when we consider that this season has seen massive investments by many clubs to attract top-quality players and our own budget was just the seventh in the Super League.

Another objective that I would highlight is BEING THE BEST HOME TEAM.

It is no easy feat to end a tournament without losing a single match at home. There is always a bad day, an unexpected mistake, a decision by the referee or some other circumstance that can make you lose a match, and yet my team have managed to compete at home with a determination and energy beyond its natural limits. That is what has allowed us to set a new HOME RECORD in the history of SHENHUA, with 9 victories, 6 draws and 0 defeats; 33 goals scored and 14 conceded.

The last League game at home, against my former club, Beijing Guoan, was a celebration. The team came on to the pitch after having qualified for the Champions League next season, and Demba Ba was there with his teammates after his terrible injury, so the stadium was completely full to close the season. Both Gio Moreno (10) and Fredy Guarín (13), two vital players, were absent through injury, but the rest of the team fought until the last minute for a victory that I thought we deserved. Each and every one of my players will be remembered as part of a team that didn’t lose a single match at home in the 2016 season.  For me, professionally, this will also be a memorable feat because I had never managed to end a season unbeaten at home in all my years as a coach. This means that this season I have set a new personal record that makes me very proud.

Therefore, I want to congratulate all my players, technical staff and club employees for this wonderful ending, and especially all of our fans, who have been fantastic and deserve a standing ovation. This has been a great success that has made our dreams come true.