The best match of the season 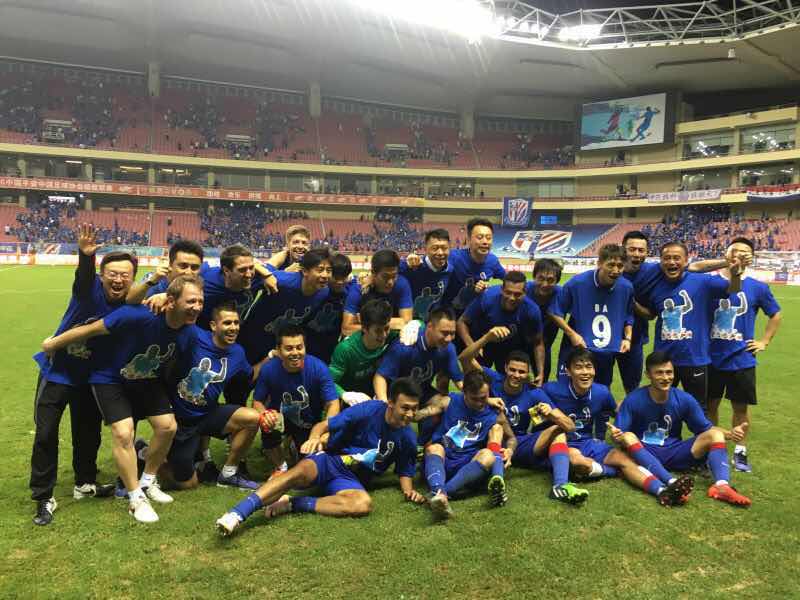 This was our first match at our home stadium following Demba Ba’s injury against SIGP. Since then we had played two games in the League and one in the Cup, all three away from home, and the balance was two victories and one defeat. We had made it through to the Cup semi-finals and in the League we were two points away from Champions League spots with ten matches left.

This time our rival was Jiangsu Suning, one of the top spenders in the Super League this season and current Cup champion, after defeating my team in last year’s final.

The atmosphere in the stands was impressive and there were numerous shows of support and affection for Demba Ba. This is not surprising, as he is one of the greatest players in the club. To make it worse, our starting fullback, Li, has suffered a knee injury and will also be out for the rest of the season. We have had some awful luck with injuries this year, and we really hope that this will be the last significant setback.

The match itself began with a great shot from Gio, which hit the crossbar, and a one-on-one chance missed by Martins, all within the first 7 minutes. Just a small amount of luck could have put us well on our way from the start, but it was not to be. Instead, we had to fight until the very end. Our rival had two excellent strikers, Texeira and Roger Martínez, who scored their only two chances. Somehow, we found ourselves in the dressing room at half time with a 1-2 result. That’s football.

During the break, the players were downcast, sad, frustrated, but far from defeated.

I tried to transmit all the energy and confidence I could, and reminded them that we had managed to turn around the last match we played at home, in even less time than we had this time round. Just as we were leaving the dressing room, I also repeated my pre-match message: WE ARE GOING TO WIN! I wanted this to be the only thought in their heads. And so it was.

In his book “The Art of War” Sun Tzu explains one of the variables of conflict, as expressed by King Fu Ch’ai, “If you know the path to follow, then act. Don’t wait for instructions”.

That was exactly what happened; if the first half had been good, the second was outstanding. One goal by Martins and another by Guarin led us to a fully-deserved victory in our best match so far this season, which we celebrated with great joy at this left us third in the table. So far, we have been following our own path and are making our dream come true, step by step. The atmosphere in the dressing room is one of happiness and confidence, because the whole squad is giving everything they have each game in order to reach our goal. There is absolute COMMITMENT.

Commitment is a question of ability plus will, but in football it also requires five additional aspects: fitness, technique, tactics, mental and emotional strength. My players are working hard on all of them, and this has led us to win matches like yesterday’s. Now it’s time to rest and gather our strength for a few days before facing another important match against the current leader and champion, Guangzhou Evergrande. But that will be another story.

PrevAnteriorIt´s all still to play for
SiguienteWe have changed historyNext