We have changed history 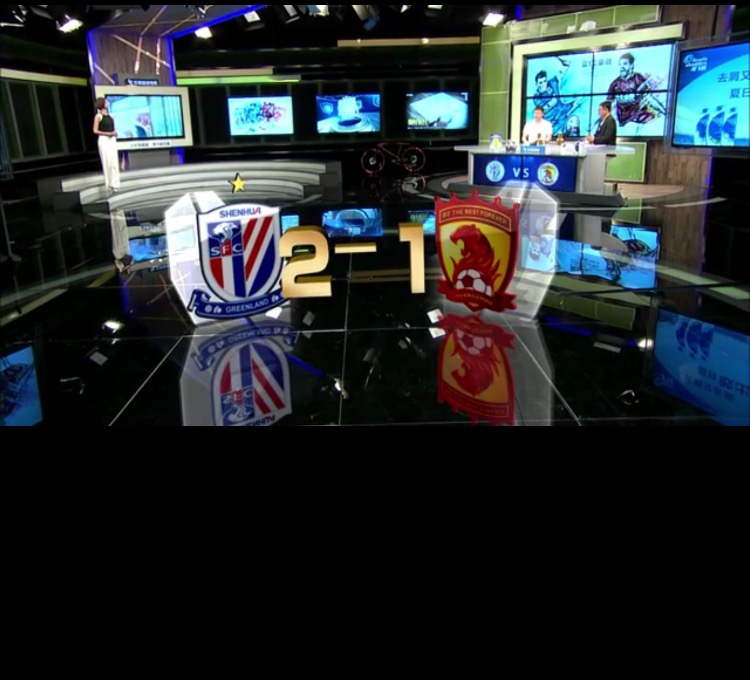 Antonio Machado wrote “Traveller, there is no path, you make the path as you walk”. This is exactly what my team had been doing for the last 21 matches we had played so far: advancing, step by step, until we reached the Champions League spots for the first time in the tournament. To reach this objective we had viewed each match as a goal in itself and now that we were at our destination, our aim was to remain there.

The first match we had to play in this new phase was not an easy one, as our rival was the almighty winner of the last five editions of the Chinese Super League, Guangzhou Evergrande. Every single Chinese player in this team plays for the national team and, in addition, they also have excellent foreign players: Alan, Goulard, Paulinho and Jackson Martínez. On our side, we were missing 6 players from the line-up of the first leg’s match in Guangzhou, which we had lost by 2-1. These were goalkeeper Li Shuai (27), defenders Li Yunqiu (16) and Li Jianbin (3), midfielders Qin Sheng (26) and Zhang Lü (8) and our top striker Demba Ba (9). On paper, the difference between both squads was enormous and the results against this team in the past five seasons did not invite optimism: all five matches had been lost and they had only conceded one goal. The Chinese technical staff told me that a draw would be considered as a great success.

The mental conditioning process with my team began two days before the match, as I gave them various messages that I wanted to imprint in their minds, including “things may seem impossible, until they are done”. And this time we were going to do it, we were going to WIN this match. I also told them that we should dismiss all our fears, since we would never know what we were truly capable of unless we played bravely and boldly. That way, we would WIN. This time we were going to change history, and do so looking forward, instead of focusing on the past, which was beyond our reach.

Once the match began, Obafemi Martins (17) managed to score very soon. The whole Stadium was ecstatic, but of course we were still facing a very strong team and they managed to react and draw level. There were doubts, nerves and plenty of respect for the rival, but even so, just before the end of the first half, Martins managed to score again and we went into the dressing room with a 2-1 result.

After the break, we tightened our formation so we could press better and reminded ourselves that we were just where we wanted to be. We were ahead and now we had to work hard and fight to achieve our goal: WINNING. And that is exactly what we did; from now on, August 13th 2016 will be remembered as the date when SHENHUA beat Evergrande for the first time.

Thus, we will keep our place in the Champions League for one more week. One day later, I have told the players that, although we still haven’t achieved anything at all, we know exactly where we are headed, we know our goal for this season. To do this, our next milestone is the first leg of the Cup semi-final against Jiangsu. We hope to obtain a good result and make it to the FINAL. Step by step. Strike by strike.