We’ll be waiting for you, DEMBA BA. 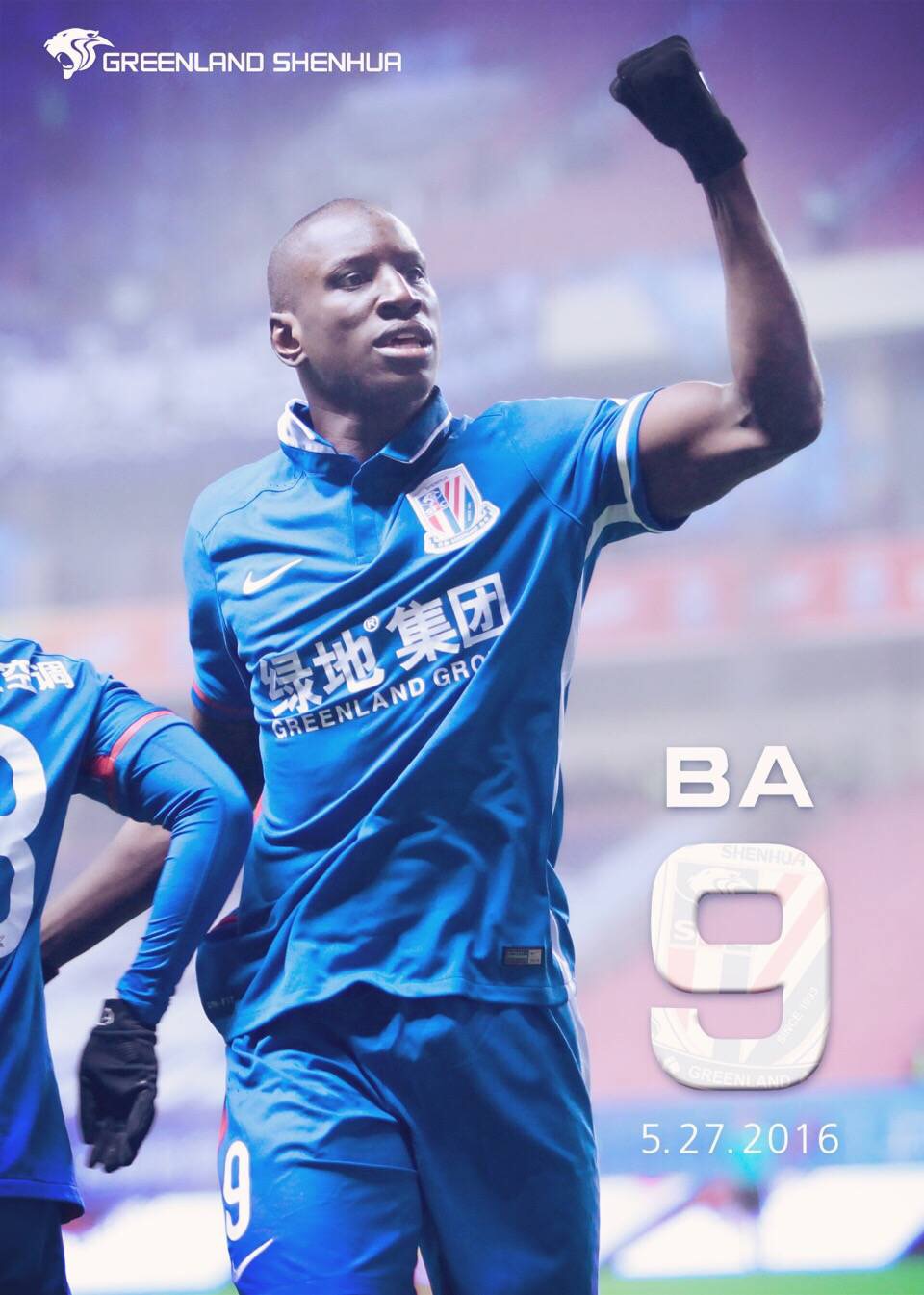 Football is full of small joys and it is very important to be able to grasp them at each instant because sometimes, just like in life itself, accidents occur that cast a shadow over a happy moment.

We were playing the Shanghai local derby against SIGP and the footballing atmosphere was palpable for many days leading up to the match. The two teams were just five points apart in the table and the fight to reach Champions League spots added even more spice to the game.

In addition, our rival had won both derbies the previous season; by a solid 5-0 in the first game and 1-2 in the second. But our team had not lost a single match at home so far this year, so we were feeling very confident.

The first half was goalless, as both teams tested one another with great respect, and the match seemed poised for an intense second half. And so it was. A goal from Wu Lei put SIGP ahead and made the challenge even greater for us. But the worst was yet to come. DEMBA BA went down in a trivial challenge for the ball, and as soon as he touched the ground he started calling for help. We were all frightened in the bench and, when we saw the intense gestures of all the other players, we feared a very bad injury. He had fractured his tibia and fibula. Those first few minutes while he was being attended on the pitch were endless. The impotence and frustration reflected on the faces and gestures of the players on the field and the technical staff on the benches were overwhelming. In 30 years as coach, I have seldom found a player as honest, honourable and sensible as DEMBA BA. Sometimes football is extremely unjust. The top scorer in the Chinese Super League, with 14 goals plus 3 in the Cup, will be away from the playing fields for a long spell. This will be a huge loss for the team in every respect.

The game continued and the team managed to draw all their remaining strength and turn the tide. It was a fair result; we deserved it. The squad showed the team spirit that I have tried to instil in them day by day and they emulated DEMBA BA on the pitch, working hard until the last minute. We may not be the top team in the table, but I consider us the best. After another year of huge expenditures in the Chinese Super League, we are competing at a disadvantage in economic and sporting terms, but are only 2 points away from the Champions League spots. And it’s all thank to the players.

We will miss DEMBA BA for the rest of the season, but will continue to have faith in ourselves and I will feel very proud of the squad regardless of how things turn out. Sometimes the most beautiful aspects of football cannot be seen, or even perceived, they can only be felt in the heart, and yesterday we all felt in our hearts the presence of our colleague and friend, DEMBA BA.  We’ll be waiting for you.