Committed to winning away from home 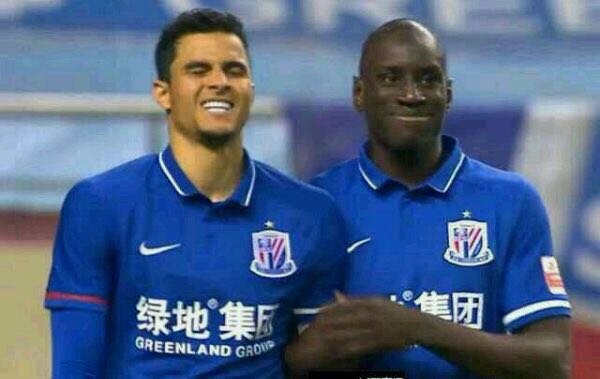 The Chinese SuperLeague has now completed the first third of the tournamen. All the teams are vying for position, seeking to reach the second half of the competition with enough points to guarantee they will fulfil their objectives. The top spot is held by the current favourite to win the title once again, Guangzhou Evergrande, who have been knocked out of the AFC Champions League in the group stage, and thus have plenty of time during the week to prepare each match. The next two teams occupying qualification spots are super-reinforced Jiangsu and Shanghai SIGP, two good teams that will fight hard to retain their privileged positions. The other team that has made a large investment, Hebei, is currently fourth and we, Shanghai SHENHUA, are right behind them in fifth position, with 16 points and just 4 away from the AFC Champions League.

Last Sunday we obtained a very important away victory at Chongqing. It was our first in the tournament and we truly needed this dose of morale in order to continue believing and growing as a team. Even more importantly, we must keep our sights on the end goal. During the week, I often repeated a word to the players: commitment. This is the key to winning away from home and I made sure to remind them of it before we left for the Stadium. The entire squad had to commit to giving everything they had if we wanted to win against a rival who neither Evergrande nor Beijing could defeat at their home ground. The match was never easy, our rival was supported by its fans and applied an intense pressure, preventing us from displaying our best game. But a recovery in their half by Lü (11) got the ball to Gio (10), who managed to score after his shot took a deflection off an opponent. Getting ahead on the scoreboard was the best thing that could happen for us.

Still, our rivals had previously managed to claw back points in very similar situations, so we knew that we could not let our guard down. During the break I demanded more conviction from the players, especially more assertiveness to win the match. We held victory in our hands and could not let it escape.

The second half was even tighter, even though our opponents went through a short spell when their physical form dropped and we had the chance to decide the match with several clear chances. Unfortunately, we couldn’t manage to score a second goal and had to fight until the final whistle.

In the end, the players and more than 500 fans who had come to support us were overjoyed. We have now gone unbeaten for four consecutive matches and this is building up our confidence, as we prepare to face Tianjin at home next Friday. We must continue with our current progression at home and secure a victory that will bring us closer to the AFC Champions League spots.