Our best second half of the tournamet 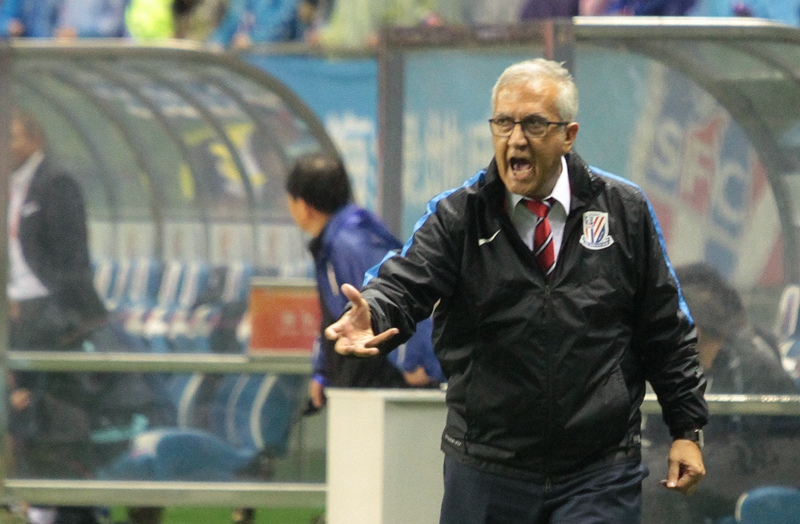 Over the course of a League there are some matches that end up determining the team’s direction. A victory in one of those pivotal moments can put you in a position to fight for your objective, but a defeat can take you in the opposite way, complicating a qualification or putting you in a dangerous zone.

This was our initial outlook before last Sunday’s match against Guangzhou R&F, a good team that wants to return to the top levels of the competition, as it did two years ago when it ended up third and played in the AFC Champions League. They had won their previous two games, including one away in Shandong, a very tough rival, so their morale was sky-high.

On the other hand, our squad came from a comfortable 5-0 victory in the Cup the previous Wednesday and we were going into this match with maximum focus and motivation. The game had an unexpected start, as our rivals changed their usual system and left some of their regular players on the bench. But this didn’t change anything for my team; we came out strong and wanting to score an early goal to set the tone. This we did after 6 minutes, when a shot from Cao (28) rebounded off a defender and the ball reached Lu Zheng (11) who scored an excellent goal. He was ecstatic. But our rivals reacted and managed to equalise after a play in which we let down our guard and failed to neutralise them in our area. We then had a few moments of confusion and they dominated the midfield, but we managed to defend well until half time. We welcomed the break as the players were showing doubts in their game and their heads.

I took the chance to draw out some new positions, explain how and where to attack, but above all to break down the barriers in their heads that were blocking their clear vision of the match and preventing us from winning. I told them that fear never leads to anything; LET’S GO OUT AND WIN THIS GAME!!! I tried to motivate them and make them see that we were superior. They started the second half with a different mentality and mind-set, much more confident in themselves. We then proceeded to complete our best second half of the League, with four goals by Gio Moreno (10), Cao (28), D. Ba (9) and Martins (17) that were a reward for their faith and ambition. The team had 20 shots on goal, and this time our aim was true and all the attacking players managed to score. Alas, happiness is rarely complete, and is often accompanied by some unfortunate event that leaves a bittersweet taste. In this case, our player Lee (16) suffered a bad fall and had to be stretchered out, possibly with torn knee ligament. He would be a harsh loss for the next 3 months. Furthermore, very near the end our centre-back Li Jian Bin (3) was sent off after an unnecessary tackle. Therefore, both of them will be absent for our next match against Chongqing Lifan. They will be sorely missed, as this is a very important game for us where a victory could mean getting right back into the fight for the AFC Champions League spots.

Our fans have seen us score 10 goals in just four days and last Sunday they came out of the Stadium feeling very proud of their team. Just like their coach.