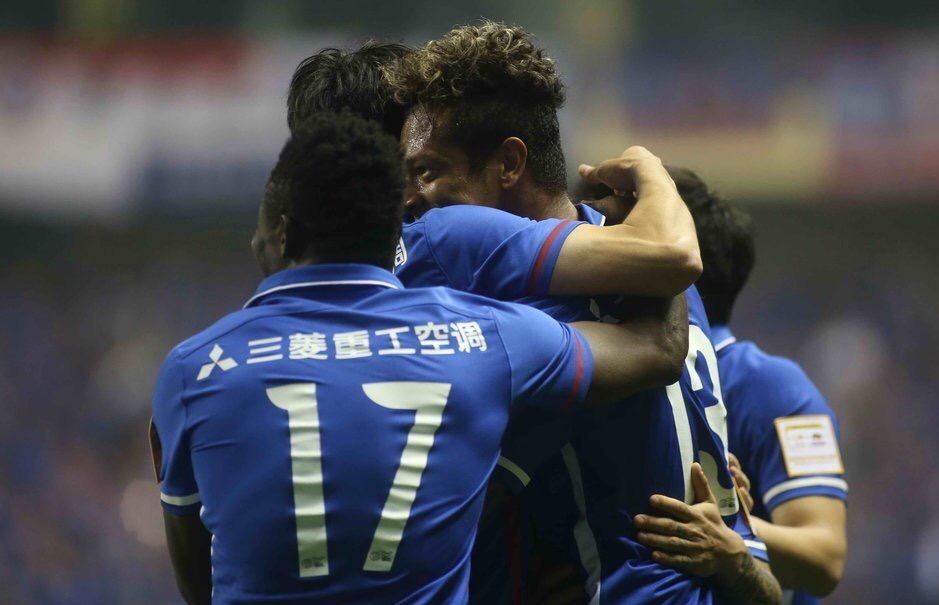 The Cup tournament has finally kicked off, so this was our first week with three matches. Here in China, the winner of the Cup qualifies directly for the following season’s AFC Champions League. The first and second round follow the English format, i.e. a single match, played at the home ground of the weaker team, or the one which did worse the previous season. It is not an easy competition and there are often surprise results in the first two matchdays, before the quarter finals.

We played this round at home, due to the poor condition of our rival’s pitch, Quingdao Jonoon. The match was relatively comfortable from the outset and our team was completely focused on wining. We came out with everything and the end result was 5-0. Thus, we have progressed on to the last sixteen stage, where we will face a strong and tough rival, Shandong, at our home stadium.

The most notable aspect of the match, other than the high score, was that Guarín got his first goal for Shenhua, along with Martins, who scored two, one of them from the penalty spot. The remaining two came from Demba Ba.

These goals have helped to strengthen our morale and self-confidence as we prepare to face Guanzhou R&F at home in the SuperLeague, a match that we definitely must win after our meagre draw last week against Liaoning. On that occasion, we returned home feeling that we could have gotten more than one point, despite playing away from home and on a pitch that was in near-impossible condition.

Our rival tried to dictate the tempo, defending strongly and awaiting their chance. We, on the other hand, went full-out, and almost scored after 3 minutes, when a header from Gio Moreno hit the post and, instead of going in, fell into the goalkeeper’s hands. We still haven’t shaken off that little dose of bad luck at key moments in the match. Despite our continued onslaught until the last minute and our 20 shots on goal, we didn’t manage to score and had to be satisfied with a 0-0 draw.

We really wanted a win, not just to maintain our good position in the table, but also because this was SHANGHAI SHENHUA’s 600th match in the Chinese SuperLeague. A historical date for a historical team. Thus, we will do our best to offer our fans a victory next Sunday, so they can celebrate as they were hoping to do last week. The objective of qualifying for the AFC Champions League is not a single long race, but rather a series of short races, one after the other. Therefore, whenever we stumble, it is vital to pick ourselves up and try to win again.