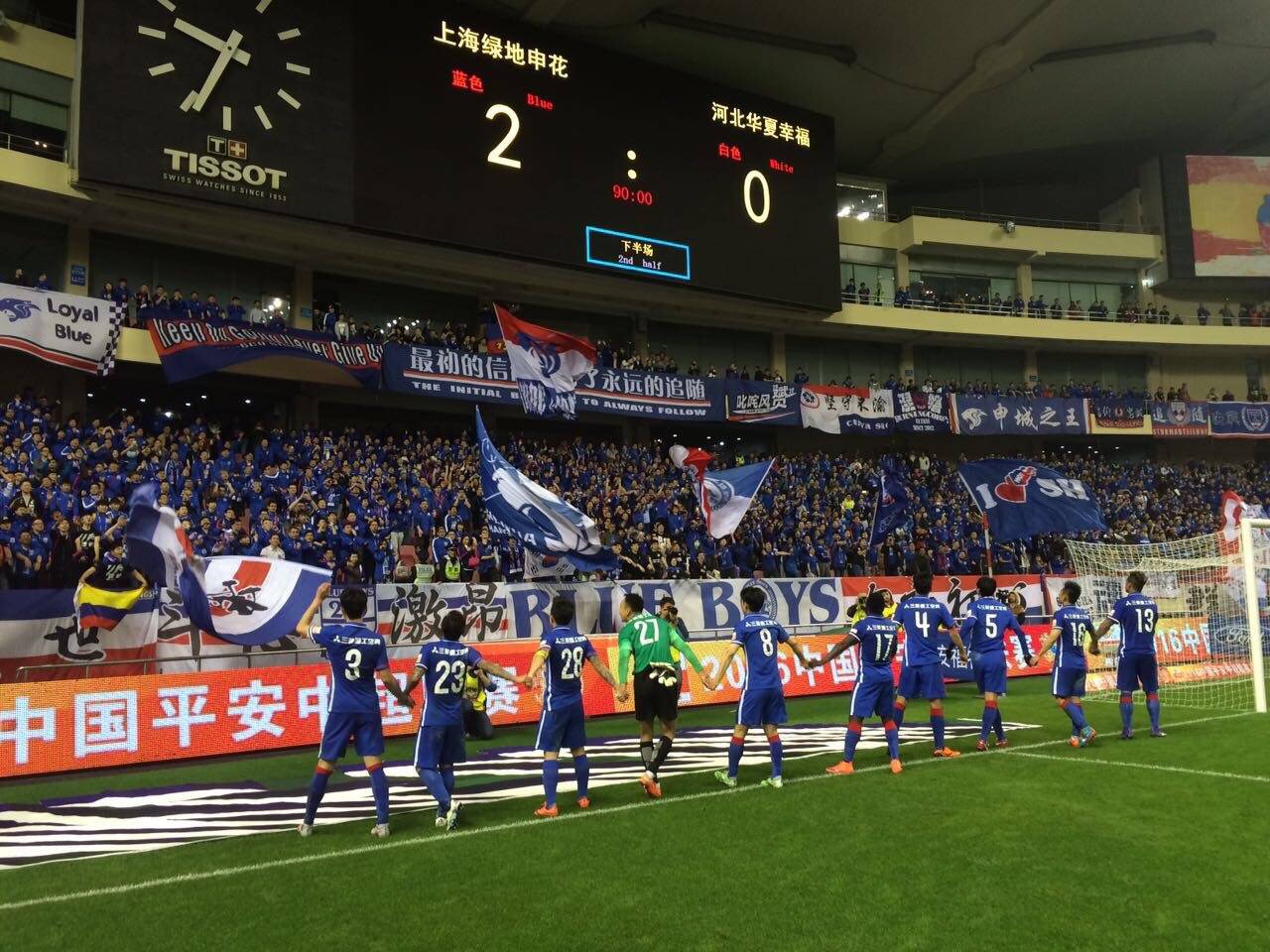 Last week we faced an important and tough match against Hebei, a newly promoted team that has started the season like a top-flight one. They were visiting our home ground in high spirits and, in one of those curious twists of fate, their squad included three players with whom we negotiated in the preseason. In some cases the talks were very advanced, but each time Hebei turned up at the last minute with a multimillion offer that the players were unable to turn down. One example was former Roma player, GERVINHO, who left the Italian Serie A and the UEFA Champions League to play in the Chinese SuperLeague. The same happened with GULÜM from Besiktas, the full back and captain of the Turkish national squad. And finally, we had almost reached an agreement with LAVEZZI, an Argentinian striker from Paris Saint Germaine, but he received an extraordinary offer, of nearly 25 million euros per season, which took the player to Hebei.

The match began in a perfect way for us; within ten minutes we were winning by two nil. The first goal came from a long-distance shot by our winger LU ZHENG (11), which hit the back of the net after taking a deflection off GULÜM. Soon afterwards, CAO (28) stole the ball within the opposition’s half and when he was preparing to take a shot on goal, once again GULÜM brought him down in the box and GIO (10) confidently scored the corresponding penalty.

This result forced the rivals to seek our goal, which opened up the match and gave both teams several opportunities to score.

The second half was intense, Hebei substituted GERVINHO for former Sevilla player KAKUTA, and they attacked us eagerly, but our defence and keeper held firm until the end. We obtained a great victory and are once again two points away from Champions League qualification spots.

Next week we finish this tough start to the season, as we visit the home ground of the current leader, Guangzhou Evergrande. It will be a crucial game to test the team’s level, and have some indication as to what our position might be in this first half of the season.

I am reminded that my two previous visits to this stadium, with Beijing Guoan, we managed to obtain a victory and a draw, so hopefully, like the saying goes: “All good things come in threes”