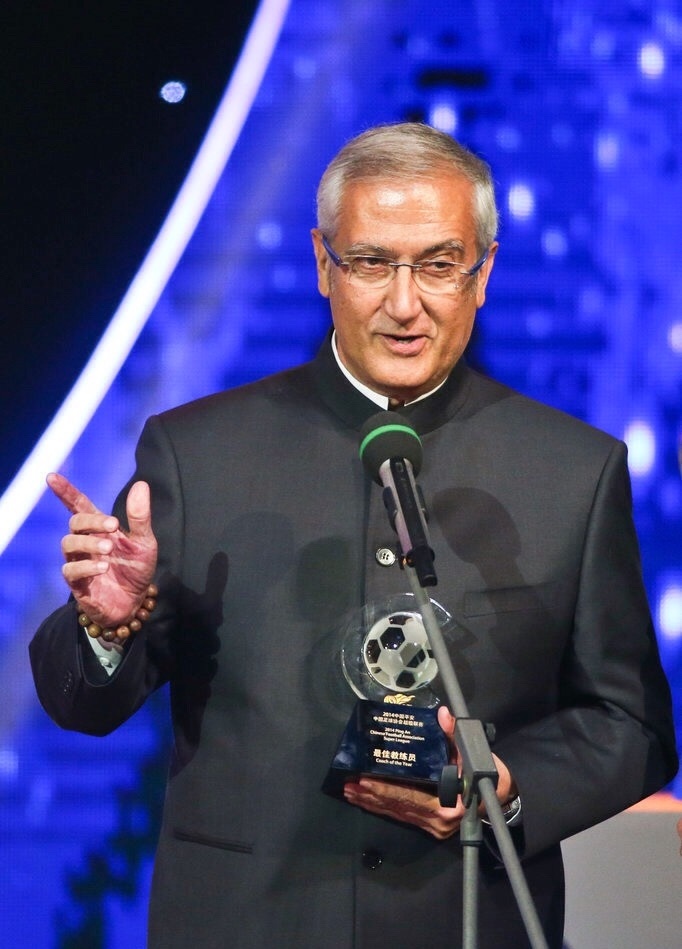 This is the first time a Spaniard wins the prize for Best Coach in China’s Super League.

Gregorio Manzano has received the award as Best Coach of the Chinese Super League (CSL) from the Chinese National Football Federation.

Earlier in the day, Qinghua University hosted the Match of the Stars, followed by the Football Awards ceremony.

Beijing’s prestigious University, alma mater of the President of the People’s Republic, was dressed up to welcome the most famous figures in Chinese football. The gala event was organised and broadcast live by China’s leading national channel, CCTV5, with over 10 million viewers.

The nominees included World Cup winner Marcelo Lippi and Gao Hongbo, the Chinese coach who has led Jiangsu to the final of the Chinese Federation’s Cup.

Gregorio Manzano’s current team, Beijing Guoan, has been the surprise team of the season in the Chinese League.

The media have highlighted the impressive work of Atlético Madrid, Mallorca and Sevilla’s former coach, who has led Beijing Guoan to set a new club record in the Chinese competition, after ending as runners-up with 67 points and the least goals conceded in the entire League. In their penultimate match, Manzano’s squad beat Lippi at home by 0-1, with Shao Jiayi scoring in the 86th minute.

Gregorio Manzano surprised all present at the gala with his “Mao suit” and later pointed out the “promising future for football in China” and “the great honour of receiving the award in his first year in the beautiful Asian country”.

Visibly touched, he had kind words “for China, a country that has welcomed me with arms wide open”, as well as for his Spanish and Chinese collaborators, the directors of the Beijing team and especially “for Beijing Guoan’s fans, the best in the Chinese Super League”, who “have given us their unconditional support”.

This award tops off an outstanding and successful season at the helm of Guoan. Manzano also renewed his contract for two more seasons after the team made it to the qualifying round of the Asian Champions League, which will start next February.