My Chinese team plays better than some of my Spanish clubs” 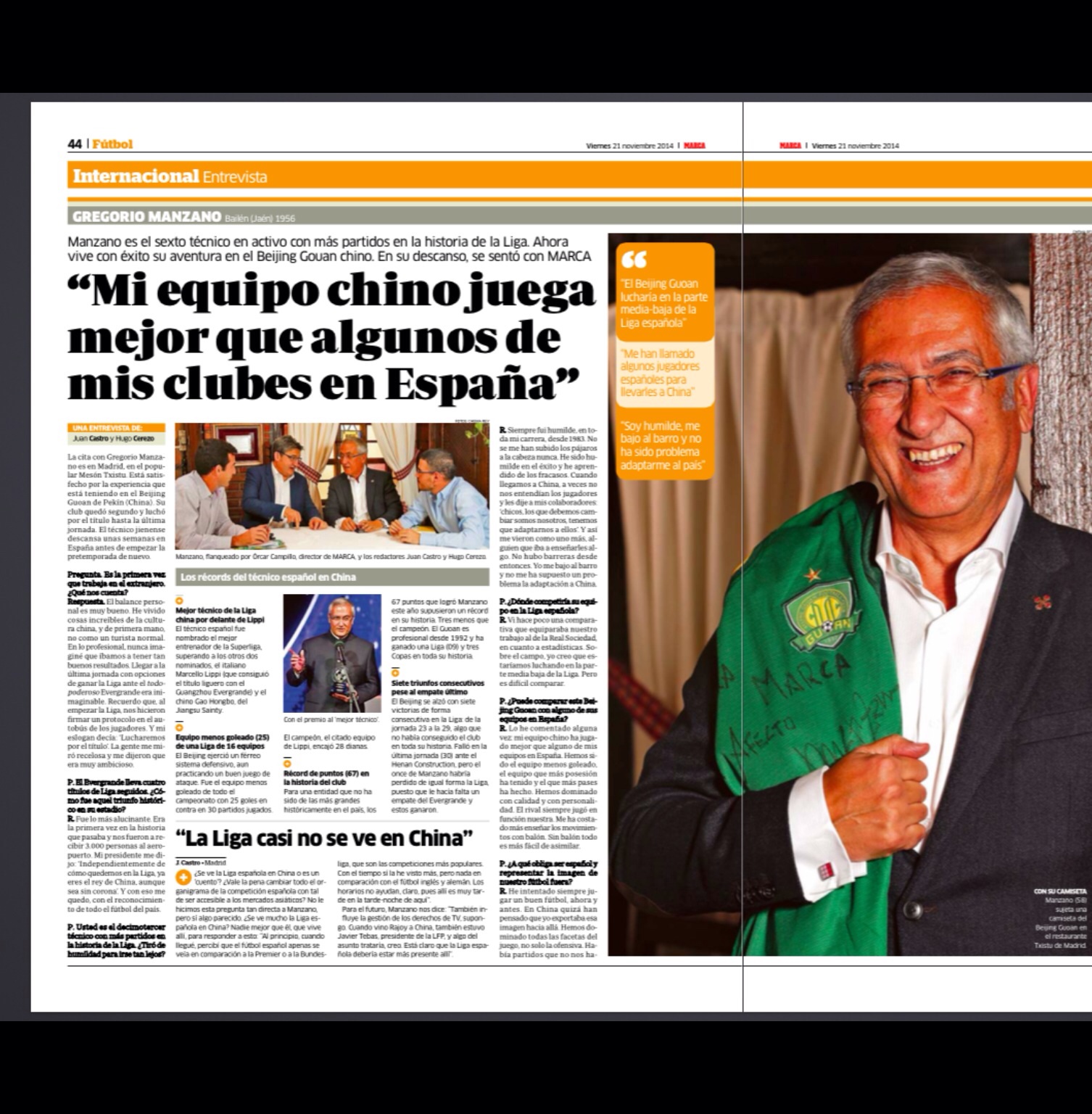 Manzano is the sixth active manager with most games in the history of the Spanish League. He is currently living a successful adventure coaching Beijing Guoan in the Chinese Super League. During the off-season, he sat down to chat with MARCA.

The meeting with Gregorio Manzano took place in Madrid, in the famous restaurant Mesón Txistu. He is very satisfied with his current experience at Beijing Guoan (China). His team ended up second in the League and fought for the title until the last game. The coach from Jaén is now resting for a few weeks in Spain before starting preseason training.

Question. This is the first time you have worked abroad; what can you tell us about it?

Answer. My personal experience has been excellent. I have lived some amazing aspects of Chinese culture first hand, not just as a tourist. Professionally, I never imagined that we would have such good results. Making it to the last match with a chance to win the League against the all-powerful Evergrande was unthinkable. I remember that, at the start of the season, they made us sign a protocol in the team’s bus. My slogan said: “We will fight for the title”. Everyone was very surprised and told me I was being very ambitious.

MANZANO: “Beijing Guoan would probably be in the middle-bottom half of the Spanish League”

MANZANO: “Some Spanish players have asked me to take them to China”

MANZANO: “I try to be humble and have no trouble with getting my hands dirty, so adaptation to China hasn’t been a problem”

We didn’t ask Manzano the question so straightforwardly, but we did approach the subject.

Is the Spanish League followed in China? Nobody better than him, who lives there, to answer this: “At the beginning, when I first arrived, I perceived that Spanish football was hardly followed compared to the Premiership and the Bundesliga, which are the most popular competitions. Later, I have seen some following, but it is still a long way away from English and German football. The schedules don’t help of course, as Spanish games are played far too late for the Chinese audience”.

About the future, Manzano told us: “The management of football TV rights also counts, I guess. When [Spanish Prime Minister] Rajoy came to China, Javier Tebas, the President of the Spanish League, came with him and I suppose some meetings were held. It seems clear that the Spanish League should try to increase its presence in China”.