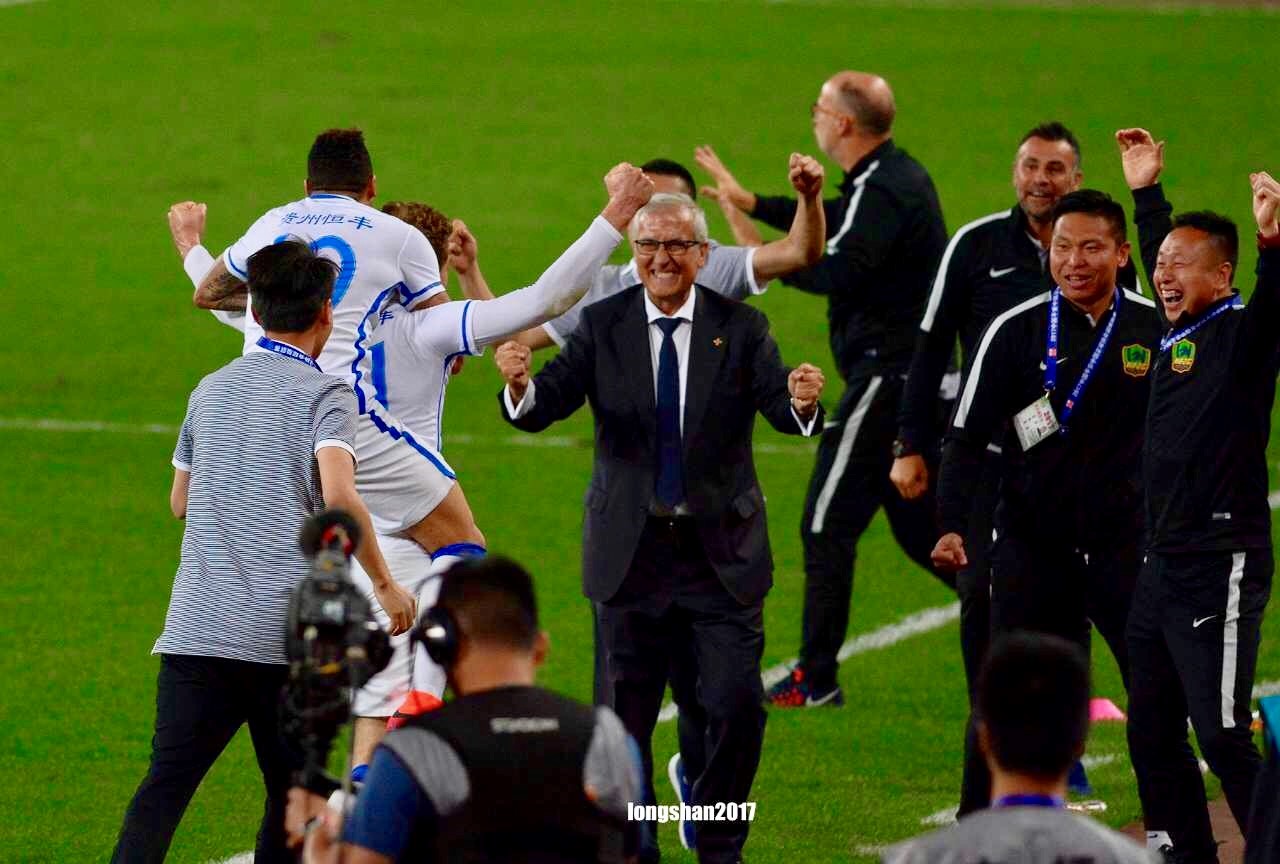 The 2017 season of the Chinese Super League has come to an end. In the month of April, 8 matches into the competition, I decided to accept a new project, a new experience and a bold challenge by joining Guizhou Hengfeng; a newly-promoted club that was fighting to avoid relegation. These were going to be 22 do-or-die matches.

The team was in a relegation spot when we faced our first game, against Tianjin Quanjian, but we couldn’t have had a better start. We went undefeated for four matches (2 victories and 2 draws) and left the lower part of the table, never to return.

The club offered us a marvellous welcome and we showed the players that they had to redouble their intensity and concentration and, above all, have no fear of any rival. Instead of showing any sign weakness, we had to project physical and mental strength. When you are able to have a group following common rules and even promote cohesion and comradeship among its members, everything becomes much easier.

By the end of the first round we had racked up 15 points; half of the total we had estimated in order to avoid relegation. And then we signed two great players and fantastic individuals: Mario Suarez, who I had managed before and who brought tonnes of enthusiasm and motivation, and Ruben Castro, a deadly goalscorer, who came to live his first experience abroad.

They couldn’t have landed at a better team. Together, we managed to go on a five-match winning streak that put the battle to avoid relegation firmly in our rearview mirror, as we secured our place in the 2018 Chinese Super League with 8 matches still to be played. Incredible.

We have been the tournament’s surprise team and managed to end in the eighth place with 42 points, leaving behind us various strong and imposing clubs, including Beijing Guoan, Shanghai Shenhua and Jiangsu Suning.

My technical staff never doubted that we would achieve our goal. We have faced a difficult season in a complicated situation, but we quickly overcame every obstacle and fear that we harboured when we first boarded the plane from Spain to Guiyang.

The job of a coach sometimes offers beautiful rewards. When you manage to prevail and fulfil the objective, you feel extremely pleased because you have brought happiness to all the people who lent their support in every match.

Now, after achieving the goal and with a great feeling of inner joy, I have to reflect on my future. I have enjoyed four highly successful years in the Chinese Super League. Both in Beijing and in Shanghai I was nominated among the Super League’s top three coaches and this year, even though I didn’t start the season at the club, I have also been nominated along with Cannavaro and Stojkovic. This recognition has been a great honour in all three clubs where I have worked, and I owe a great debt of gratitude to my technical staff and all the players that I have coached. I wish to dedicate this special honour to each and every one of them.

Once I have reached a decision about my future I will write to let you know, but that will have to be left for a new entry on this blog.