Manzano is prepared to continue in China for two more years 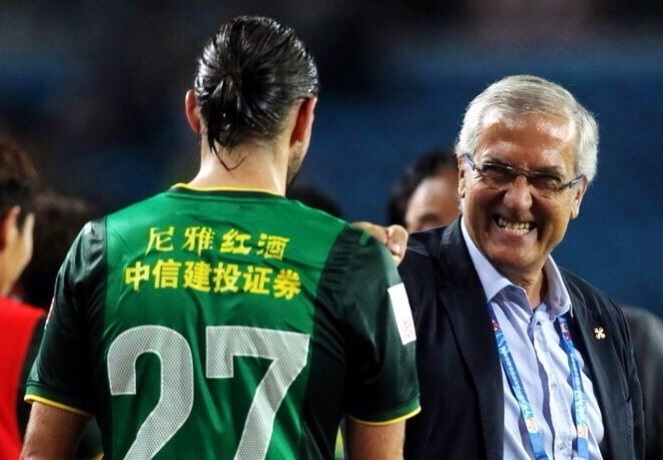 On Sunday, Gregorio Manzano’s Beijing Guoan will play the most important match of the season in Guangzhou, the largest city in southern China. The match will take place at the Tianhe Stadium, surrounded by skyscrapers, in front of 60,000 local fans and facing the winner of the last three consecutive leagues: Guangzhou Evergrande. The team from the capital needs a win, since only by taking all three points will they be able to prevent the locals from becoming champions and instead leave the title to be decided on the very last match of the season.

The Spanish coach will certainly try his best to extend his team’s dream season and top off a year that everyone at the Asian giant’s capital has already described as fantastic. The challenge appeared daunting, but Guoan will never forget the path that has brought them so far this season, as the final stretch of the championship witnessed Manzano’s team break the club record with a six-match winning streak. And if that weren’t enough, Guoan have not lost a game since matchday 20, back in August 13th.

Now, with just two more games left in the league, everyone at the capital dreams of winning the tournament against the current champions coached by Italian Marcelo Lippi. Guoan still needs the southern team to drop some points if they want their dream to come true, but, at the very least, they have secured the second spot and a position in the qualifying round of the Asian Champions League. Naturally, after his outstanding debut, the bosses in Beijing are hoping that Manzano will remain at the club next year to build on this season’s work and consolidate Guoan as a title contender from the outset.

For the Spanish coach, what started as an exotic adventure has become an impressive feat of adaptability, proving that he could not simply manage the Chinese team, but also make it grow in its domestic competition. The next step will be the qualifying round of the Asian Champions League, when Manzano will become one of the few managers to take part in continental tournaments in both Europe and Asia. For Gregorio Manzano, there is always a new challenge.