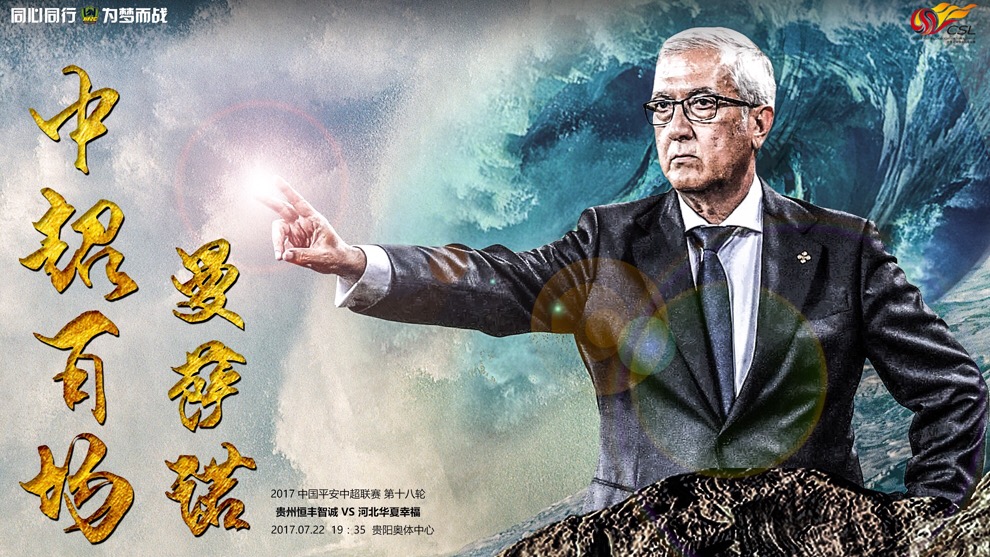 When he first landed at Beijing Guoan, in February 2014, Gregorio Manzano didn’t really have time to process the change that his coaching career had just undergone. Less than two weeks after his signing was officially announced, Manzano had to travel to Japan, to coach his first match with his new team, against Sanfrecce Hiroshima in the AFC Champions League. And less than one month later, he was directing his first match in the Chinese Super League, against Changchun Yatai. Four weeks non-stop. Although three years ago Manzano did not have enough time to absorb the start of a new phase in his career, this time the Spanish coach has made a point of enjoying the special occasion that he will celebrate on Saturday during the match against Hebei China Fortune. And that is none other than his 100th match in the Chinese Super League, which makes him the ninth foreign coach to reach this figure since Chinese football became a professional sport in 1994.
Talking to MARCA, Gregorio Manzano admits that “I never thought that I would manage one hundred matches in the Chinese Super League. That is partly why the upcoming match against Hebei China Fortune will be very special for me.” Once the game against Manuel Pellegrini’s team is over, Manzano will have officially reached the impressive figure of one hundred matches in the competition, becoming the 25th coach to reach it, and just the 9th among foreigners: “It makes me very happy and proud to be among the coaches who have managed most games in this competition. And I hope to continue increasing this tally, which would mean I have achieved the goals that we have set out.” The centenary has been distributed among three different clubs: Beijing Guoan, Shanghai Shenhua and Guizhou Hengfeng Zhicheng, where he landed this year, one third into the season. He is always very outspoken in his gratitude to all of them: “None of this would have been possible without the three clubs I have worked with, so I want to express my appreciation for the trust that they have placed in me on this memorable day.”
Although only three years have gone by since he began his Chinese adventure, the Super League has changed considerably in this time. Despite most media attention recently focusing on the huge investments made to sign famous players, perhaps the silent revolution has been taking place on the benches, where the competition currently boasts a roster of illustrious names. A list which Fabio Capello and Roger Schdmidt have joined in recent months: “It is true that over the past four years I have had the privilege of greeting highly prestigious colleagues with impressive track records. Some of them are still coaching here, as in the case of Sven Goran-Eriksson, and now I will also play against other coaches that I know from my time in Spain, such as Fabio Capello and Manuel Pellegrini.”
We can safely say that, with the possible exception of Marcello Lippi, Gregorio Manzano is the coach who has left the deepest impression in the recent history of the Chinese Super League. Both men were the candidates considered to direct the Chinese national team after Gao Hongbo’s departure, but the Chinese Football Federation (CFA) called Manzano first and only after he refused the offer did they turn to Lippi. The Spaniard’s efforts to impregnate Chinese society with football culture have even been highlighted in the People’s Daily. Manzano explains that “I have always tried to teach my players to play beautiful football, applying top-level Spanish training methodologies. I think that, for the most part, we have succeeded. We have also applied sports psychology methods to change players’ mentalities and make them internalise that the way to raise their level as players and as members of the team is through daily training.”
When he landed in Beijing Guoan in 2014, Manzano became a pioneer; the first Spanish coach to manage a team in the Chinese Super League. José González, his second in the club for those two seasons, followed in his footsteps until his dismissal this year. Meanwhile, four teams in the League One have Spanish managers this season: Jordi Vinyals (Qingdao Huanghai), Juan Ignacio Martínez (Shanghai Shenxin), Juan Ramón López Caro (Dalian Yifang) and Luis García Plaza (Beijin Renhe). In a way, Manzano’s good results have raised the profile of Spanish coaches in China and contributed to their success in recent months: “Do I feel responsible? The first day we arrived in China I told my technical staff that we were not here just to coach, but also to represent Spain, so our work would be paving the way for other Spanish coaches in the future. And so it did, which makes me very glad. I hope that in the future we will see more of our national talent in the Super League and in the League One.”
And while on the topic of Spanish talent, in the last week of the summer transfer market Guizhou Hengfeng Zhicheng completed two new signings: Mario Suárez and Rubén Castro. Gregorio Manzano will have Spanish players at his orders for the first time in his Chinese adventure, as he didn’t have any in his previous runs at Beijing Guoan and Shanghai Shenhua. About these two new players, Manzano believes that “they are two well-know and prestigious professionals who will bring top quality to the squad. I hope they will be able to settle in quickly so they can compete at the top level as soon as possible. I am confident that Guizhou Hengfeng Zhicheng’s fans will enjoy Mario Suárez’s game and Rubén Castro’s goals.”
In less than 48 hours, during the clash against Hebei China Fortune in Guiyang Olympic Stadium, Gregorio Manzano will celebrate his centenary in the Chinese Super League. Something that not even he would have envisaged when he first set out on his Chinese adventure.