Great start to the second 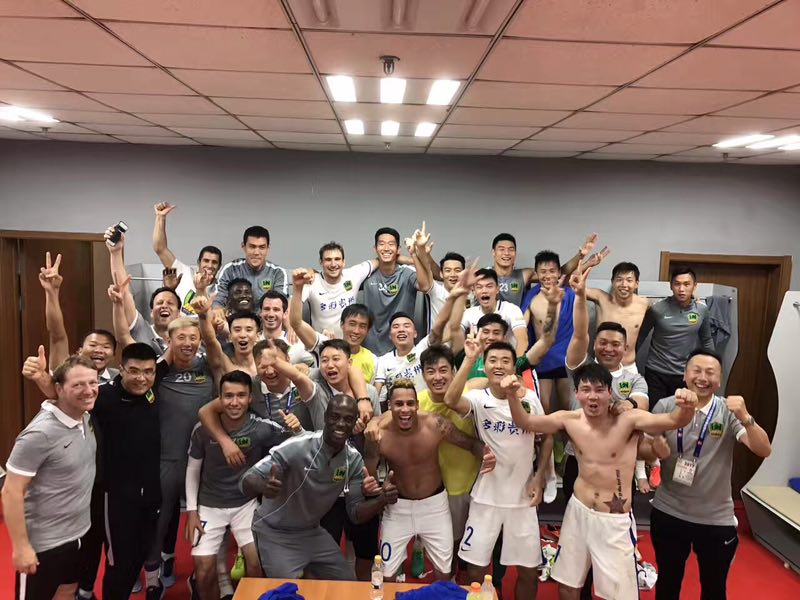 Last week, we kicked off the second half of the championship against Liaoning, a direct rival in the struggle to avoid relegation.

We finished the first round in the 11th position, with 15 points and just 5 away from the relegation spots, so this was a do or die match for both teams.

Just before the match, our tension increased as we learned that we had a notable absence. Our captain, Festus, had been unable to recover from his ankle injury in time so he would be absent from our defensive line. I had to resort for the first time to the experience of Du Wei, a central defender who we had recently signed from Hebei and had just trained with us five times. Although his debut was very good, his long period of inactivity caused him to suffer muscle problems and he was unable to finish the game.

My goal in the prematch talk was to make the players understand that in order to win we had to play with the same intensity we had shown against Henan, the collective work we had applied against Chanchung and the ambition that had fuelled us against Shandong. We were unbeaten in these three away matches, so we had to try and remember the most positive aspects of each game and apply them against Liaoning.

And so it was; from the beginning, we were completely focused and played very well. As a result of that intensity, we were awarded a penalty after 17 minutes, which Jelavic converted (his ninth goal) to make it 0-1. This would eventually be the final score.
Some excellent interventions by the local goalkeeper prevented us from increasing the difference before the break and, in the closing stages, our desperate rival launched several long balls into our area, but on this occasion we were able to neutralize the threat and take three crucial points. This has allowed us to increase the distance with the danger zone up to eight points after 16 matches.

We still have a long way ahead. Our next game will be another away match, this time against my former team Beijing Guoan, which I will always be indebted to for the opportunity they granted me to start training in the Chinese Super League but, even more, for the warm personal and professional welcome and the precious memories they gave me, as well as the affection that the club and its fans always showed me. I hope we will play a good game and, despite the considerable differences in budget and player quality, we will try our very best to win three points and continue our unbeaten away streak.