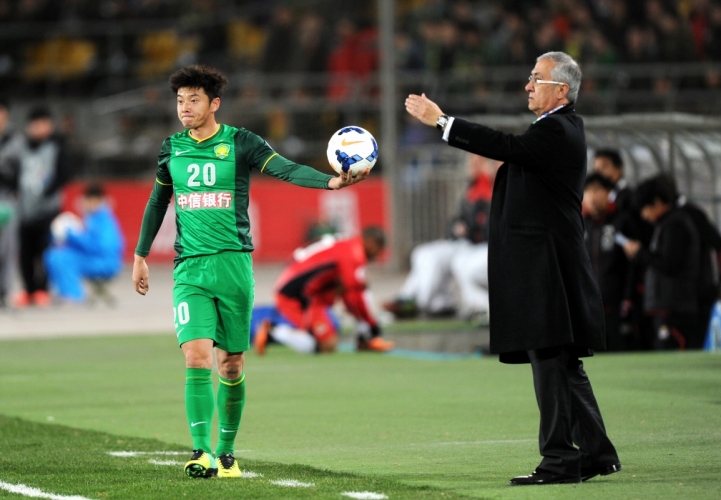 On Sunday, the first and only Spanish coach in the Chinese Super League, Gregorio Manzano, will kick off his second season in the Asian country with a clear objective: to turn the championship’s ecosystem upside down. Last year, his team Beijing Guoan shook things up to such an extent that he was named the tournament’s best coach. His club, owned by a holding of state-owned companies with a strict financial control and the fourth budget in the League, fought for the title until the very last match but, in the end, all-powerful Guangzhou Evergrande managed to win the tournament for the fourth consecutive season. This year, the competition between the two teams coached by Fabio Cannavaro and Gregorio Manzano promises to be the main attraction in the Asian championship.

The Andalusian manager agreed to start this adventure on the other side of the globe after meeting with the club’s owners and listening to the advice of former Sevilla star, Fréderic Kanouté. “I have no regrets at all. This may have been the best season in my career. We broke several records, like beating Evergrande at home for the first time”, explains Manzano. “The easiest part in this country is coaching; language is the main barrier, even though we have Spanish, Korean and English interpreters. On our first match, the club’s president told me I should try to lose by as few goals as possible. They understood what a big challenge we were facing and assumed defeat as something natural. We drew that game and then went on to complete the club’s best league start ever,” says a manager whose first triumph came just after arriving in Beijing: he memorised all his players’ names in their first meeting. From then on he has worked hard to understand their language “but it is very difficult and I can only manage the most basic speech and football-related terms.”

After extending his contract for two more years, Gregorio Manzano has already reached the first milestone of the season even before starting the League; the team has qualified for the group stage of the Asian Champions League and in fact is currently top of its group. “Our goal is to do at least as well as last year. We know that the bar is set very high, but we are also ambitious and want to improve. We want to challenge Evergrande again,” he warns. But last season’s success has taken its toll: “The team has been weakened. Our best player, Zhang Xizhe, has been signed by Germany’s Wolfsburg. We have a strict wage cap and that can be limiting sometimes. It is true that there are no wild spending sprees and everyone gets paid regularly, but on the other hand there are certain players that are just out of our reach. We have signed two players from teams that were relegated, whereas Evergrande only lets foreign players go in order to free up space for better ones,” he explains.

Better than in Spain

This unequal economic battle is much more level on the pitch. “I have managed to play better football with this team than with many in Spain”.

The example of his lost star highlights how Asian football is becoming a goldmine for big clubs around the world. “Grassroots football has a long way to go and most teams still have to develop competitive and tactical aspects, but we are talking about a league that was founded just 23 years ago; its progression has been spectacular.” The gap between Europe and Asia is becoming smaller: Manzano believes that Beijing Guoan would be able to compete in the Spanish League. “In terms of statistics, I saw a study that compared us to Real Sociedad.”